The Passenger Demand (PAD) module largely follows the classical four-step approach to transport demand modelling of generation, distribution, modal split and assignment. However, instead of the assignment step, the module translates number of trips into transport performance by the conversion. 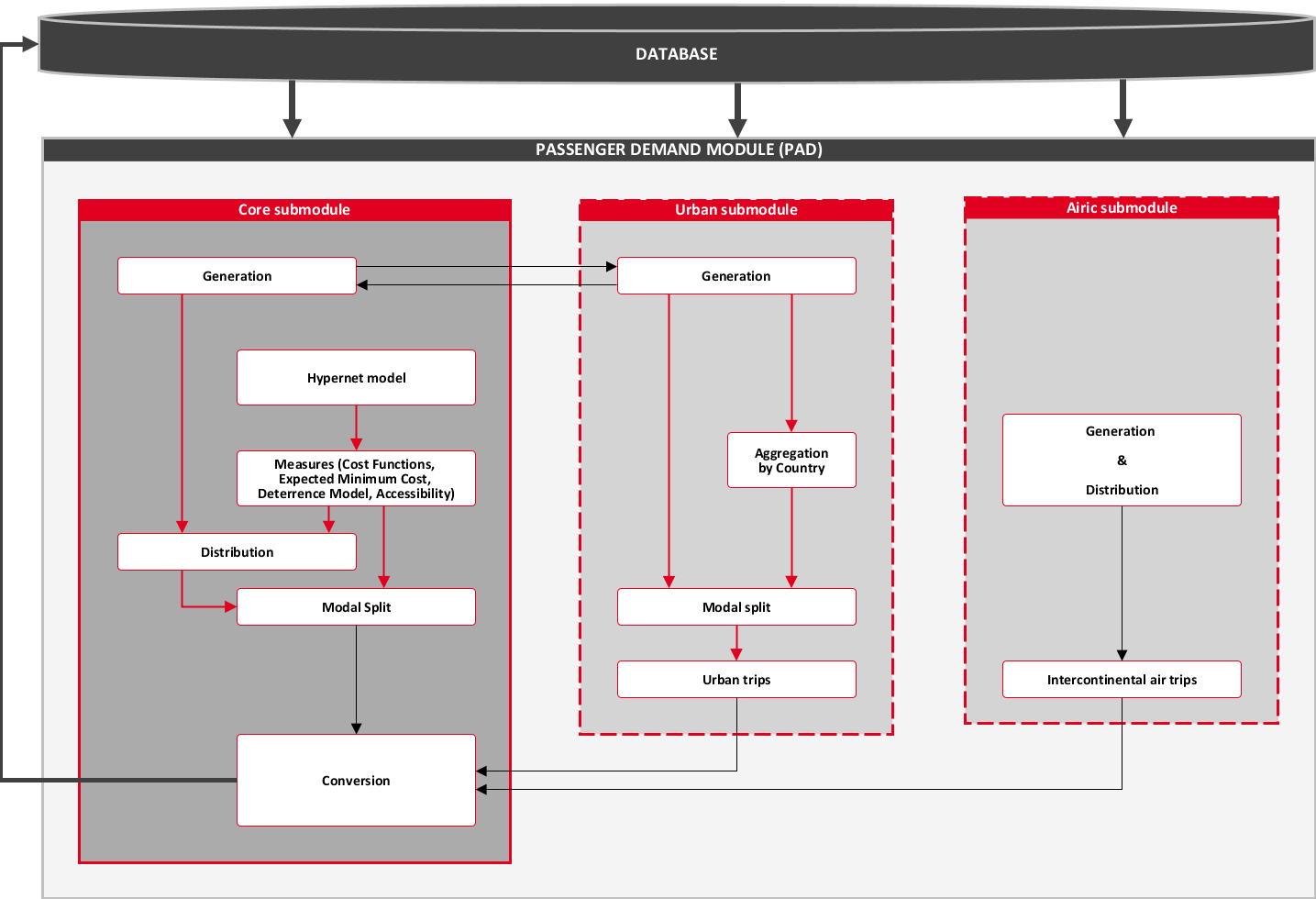 The generation step estimates the trip demand for each origin. In the distribution step, the origin-destination trip matrix is computed and then further divided in the modal split step into transport modes. The conversion step derives transport performance indicators, such as passenger-kilometres and vehicle-kilometres.

Trip generation is carried out by a regression approach. The distribution and the model split components are integrated by using the Expected Minimum Cost (EMC) measure, which relies on the Expected Maximum Utility (EMU) or logsum measure. For the cost functions, the concept of generalised time is used in which the cost unit refers to minutes and not to monetary terms. The EMC values are computed using a Nested Logit model.

Road trips are split by car and powered two-wheelers, under the assumption of country-specific shares and motorisation levels.

The core PAD module is complemented by two additional modules (see Figure). The first is the urban passenger demand module which follows a generic, elasticity-based approach. As urban trips are a subset of intra-zonal trips, the generation step is linked to the core PAD module. The second is the intercontinental air passenger module, which uses a regression-based approach to estimate the number of flights between European regions and intercontinental destinations.