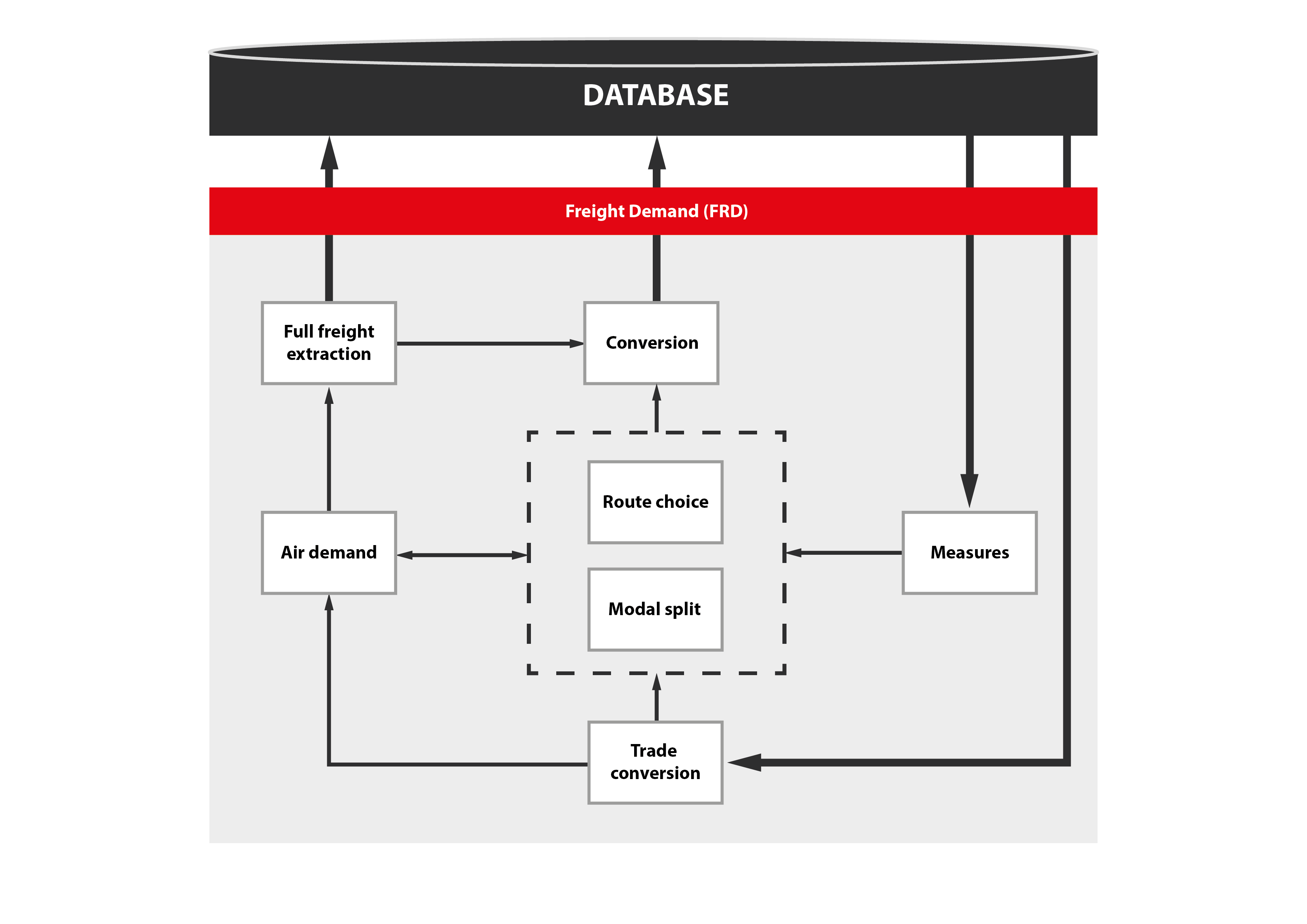 The Freight Demand module together with the Economy & Resources module follow an analogue approach to the classical four-step methodology of generation, distribution, modal-split and assignment. The latter is replaced by calculation of performance indicators in the conversion component.

The module delivers trade in value per origin-destination (O-D), which is converted to volumes by applying volume density assumptions per O-D and commodity (assumed constant over time) extracted from ETISplus database. The air demand base matrix extracted from ETISplus is adjusted according to growth in imports and exports delivered by the ECR module, and subtracted from total trade. This results in tonnes demand per commodity per Origin-Destination.

The conversion step calculates tonne-kilometre and vehicle-kilometre performance indicators for the origin region and “on the territory” perspective. The latter is calculated by applying the share of distance in a leg in a country obtained, using data from ETISplus.