The prototype version was presented to DG MOVE in May 2014 during the Second User Workshop. It met two key objectives: First, it provided a sound basis for user involvement; the prototype facilitated discussions on user requirements with a concrete basis, inspiring discussions among tool users and developers on how the final HIGH-TOOL model should look like. Secondly, the prototype allowed the HIGH-TOOL team to make experiences with the modular tool development, and to draw important lessons for the development of the final tool.

The prototype is structured 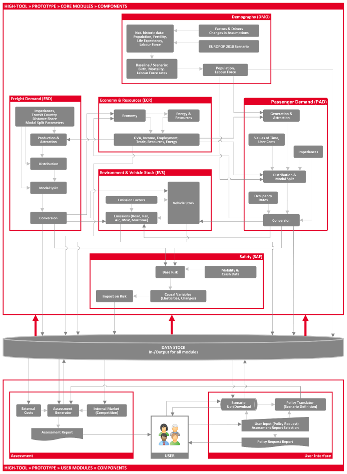 The prototype version is Excel-based, works at NUTS-0 level, and – following its main purpose to support user involvement and modular tool development – has not undergone any extensive validation and calibration approach.