The Demography module (DEM) estimates the projected regional population and labour force in the 28 EU Member States and in Norway and Switzerland. UN projections are provided for other countries worldwide and are adapted to the geographic zoning system used in HIGH-TOOL. 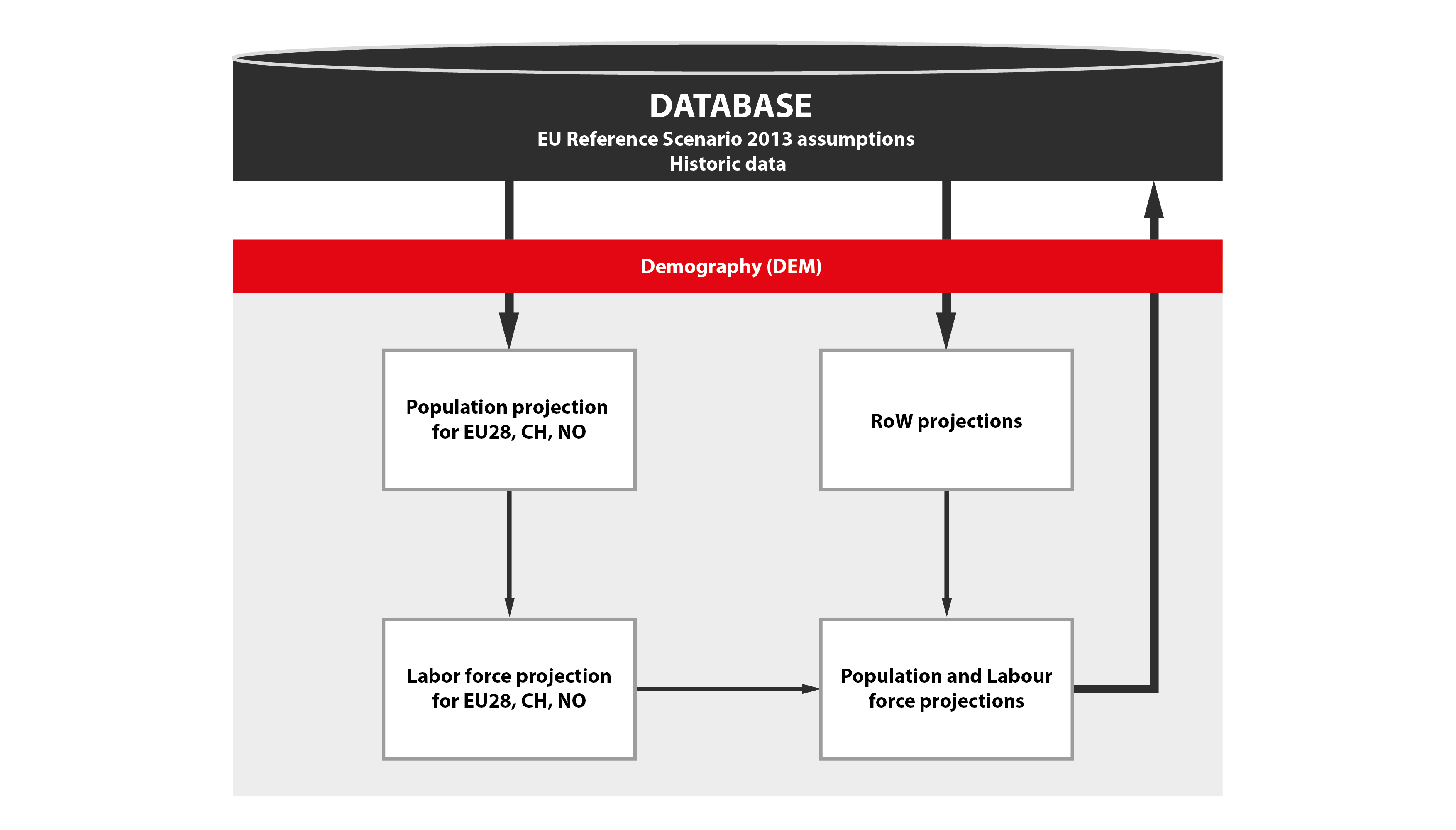 The population and labour force are calculated at country level for the EU 28, Norway and Switzerland based on EU Reference Scenario assumptions on fertility rates, life expectancies at birth and net migration (European Commission, 2013). The projected population values are then disaggregated to geographic zones based on historical demographic trends. The net migration distribution per zone is based on socio-economic data, specifically historical data on income and employment. Population development at country level is simulated with a cohort component that incorporates the effects of demographic drivers and migration.

Regional disaggregation of the population excluding migration is based on the 2010 historical regional distribution. Net migration is then regionally distributed using a distribution proxy based on income and employment rate. Labour force is estimated from the labour force percentage defined in the EU Reference Scenario and underlying assumptions.